Drop Kit Ship is our most simplified and compact!  It will arrive in a case, ready to plug and play. Camera types are customizable, including with dual iPhone 13 units. Dual-channel audio, a teleprompter, and a modular base make this a great starter option for elevating face-to-face interviews. 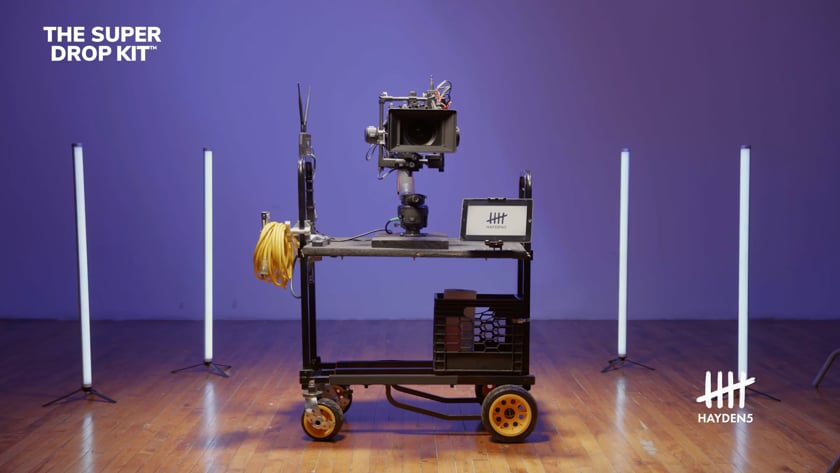 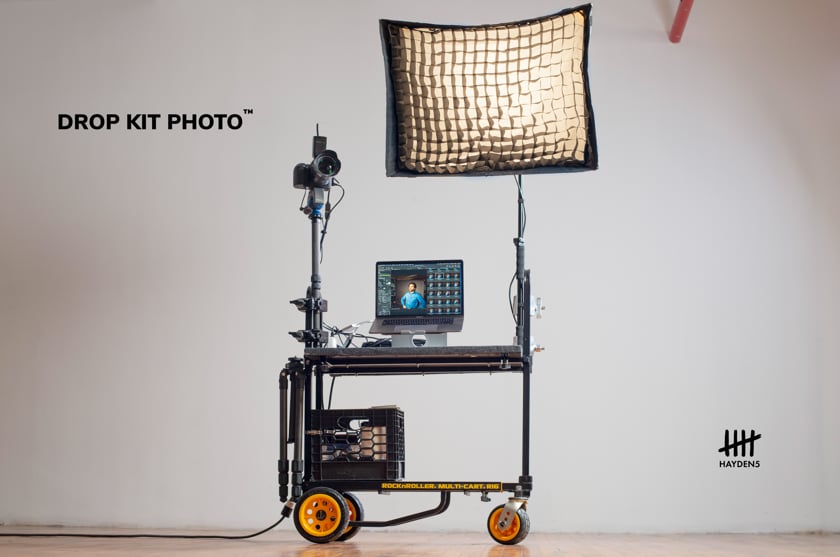 Drop Kit Ship puts the controls back into the remote photographer’s hands, allowing for complete controls from shutter and exposure.

THE FUTURE OF PRODUCTION

The innovators of the official DROP KIT™ & Crew+℠ & Set Link™

The story of Drop Kits, and the Future of Production: Crews+

Hayden5 has been deploying local crews since its inception in 2009. For much of the last decade, these productions were staffed under the service known as ‘Man With A Cam.’ The combination of that power, ‘local crews + global logistics’ fueled the merger with our creative entity, Hayden5.

In 2015, Hayden5 received a request from one of its favorite, recurring clients, Salesforce.com They wanted the ability to conduct face-to-face interviews in real time, in different cities, using the modern power of streaming video and the internet. At that point, we began deploying the first iteration of what would eventually become Drop KitsTM. Each of our local crews, through a combination of software and hardware, took their camera feds live. We channeled each, opposite, video feed into the teleprompter screen at either end, resulting in a face-to-face conversation. We had essentially taken documentary filmmaker Errol Morris’ creation, “the interrotron,” and piped it over the internet. For several years, we deployed this service for our clients.

In 2019, while producing a feature film where subjects needed to be interviewed internationally, Hayden5 deployed the same tactic again. At the time, what we referred to as “remote production” was used to conduct powerful, cinematic interviews across nineteen cities around the world, spanning from the South West United States though South East Asia. Not only was the process more efficient from a cost, energy, and time savings perspective, but the interview settings felt strangely more intimate than any other filmmaking, interview experience we had previously encountered. By removing the awkwardness of large equipment set-ups and the moving of crew around an interview subject, usually a jarring experience for someone not used the intensity of a film set, we were able to dial-in the director-to-interview subject intimacy in an unexpected way. The result was a film that felt more personal than anything we had produced before.

In the Spring of 2020, the global pandemic sent the production business into a downward spiral, along with much of the global economy, as safety by social distancing and PPE became a priority. With safer-at-home orders over much of the globe, we sprang into action and released the Video Drop Kit TM. The combination of the sterilized camera on the cart with contactless deployment alongside our previously innovated remote production solution, became the Drop Kit TM, which we named for its quick deployment ability. Soon the name ‘Drop Kit TM’ became an industry term. Our solution also became an industry standard. We are proud to have solved such an important problem so quickly, and put our staff and crews back to work during uncertain economic times. Some of this story was profiled in the Wall Street Journal article, Coronavirus Dried Up This Production Company’s Business. Then It Created Remote Shooting Kits.

As we look into the future of production, we see crews returning safely to regular work, however, a few important factors have changed. The first is that the world has now embraced local crews. As a leader in local crew production services for over a decade, powered by a robust staff of producers and a proprietary back-end technology that allows us to better manage volume production, payments, and logistics, Hayden5 has been ready for this shift for a long time coming. Secondly, we believe the power of LIVE is here to stay. Producers, clients, fellow crews, should all be able to view the video streams live, in real-time, from camera feeds around the world. We should forever be able to look through the lens of a camera and be able to see, adjust, and understand our results as we’re filming. Just like the evolution of video dailies from film, the live viewing of remote production via local crews has resulted in what have named “Crew+.”

The future of production is here.